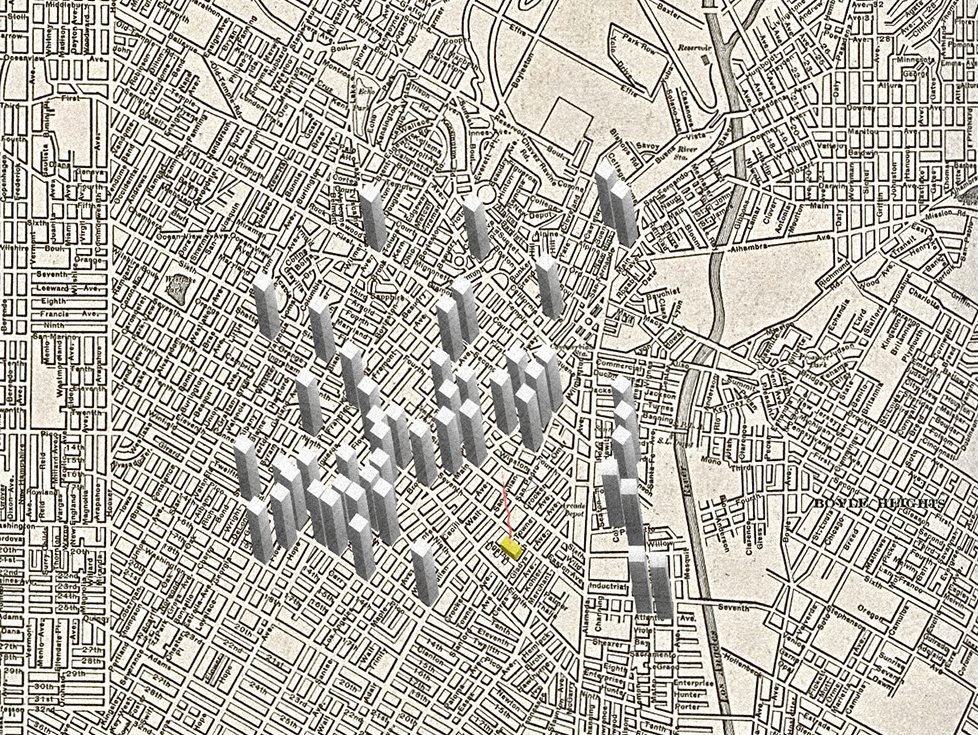 Tabula Rasa More or Less is located in the Skid Row district of downtown Los Angeles. It consists of two concrete slabs raised on steel columns—a raised floor and a roof. In the center of the enclosure, a large vent hood exhausts the fumes from the nightly fires lit by local users, who might gather around burning oil-drum trash cans to stay warm while keeping dry underneath a roof. “Cubes of air” as Siegfried Giedion once described are directly manifest in this interior for vagabonds. The pavilion happens to take the form of Mies Van Der Rohe’s Farnsworth house. The seminal design is filtered from its iconicity and utilized for public amenity. In a rough context, such as Skid Row, the platforms serve to provide rest and shelter, while the unflinching planar quality of its composition and tectonic honesty of its construction, will prove to remain intact and uncompromising, becoming more elegant with use as it proves its legibility under layers of filth, smoke, and trash. Tablula Rasa More or Less pulls from the early history of Modernism that was propelled by the radical notion of industrial processes and material to counteract societal ailments, for example those documented by Friedrich Engels, that were the consequence of over population and poverty. Meanwhile, modernist composition even in its autonomous form begins to frame productive living. While homelessness is a problem that is in need of constant remediation, the homeless are nevertheless a productive demographic with its own sense of community, history and culture. In a sense, the pavilion is a monument to a population that is always on the brink of dispersion—especially as of late, due to the rapid development of Downtown Los Angeles. The construction strategy and materials of the pavilion are designed to be permanent without maintenance, paradoxically paying homage to the interminable phenomenon of transience. 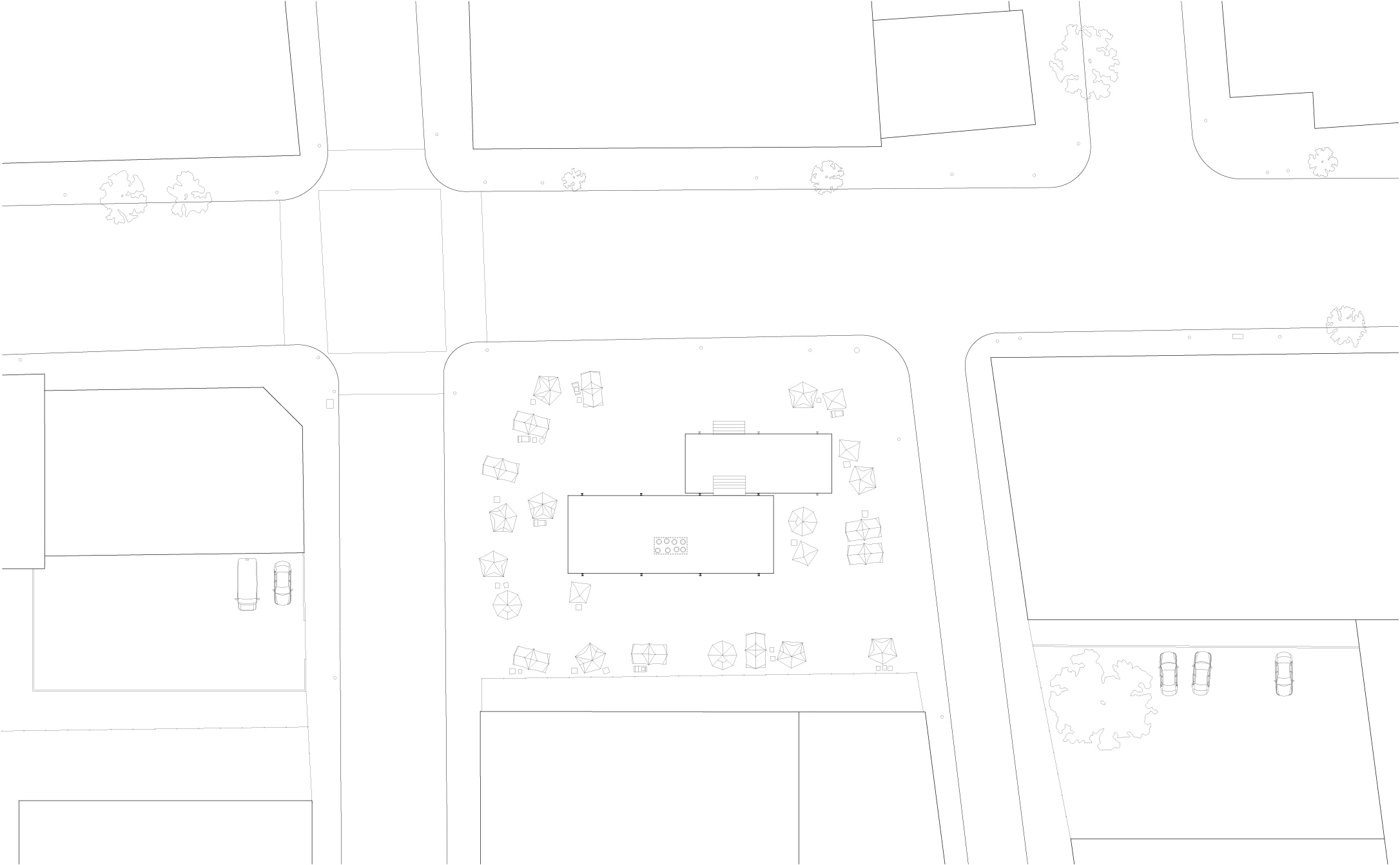 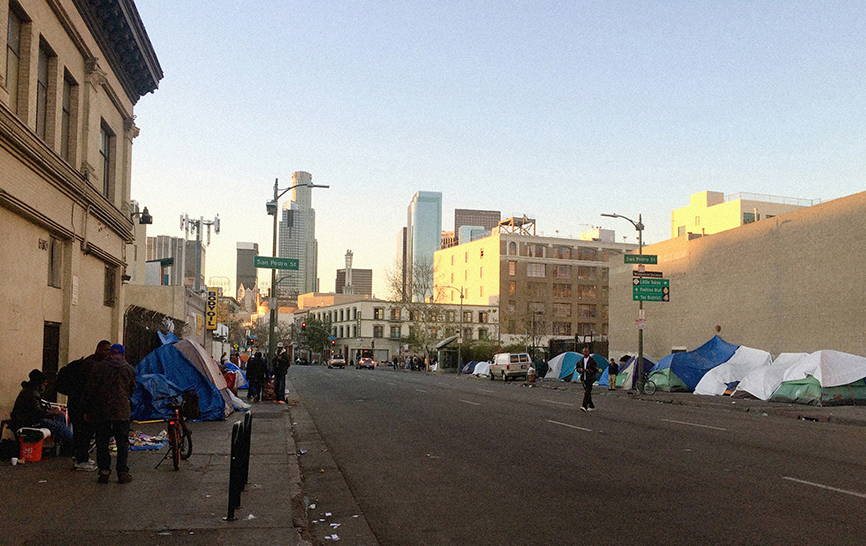 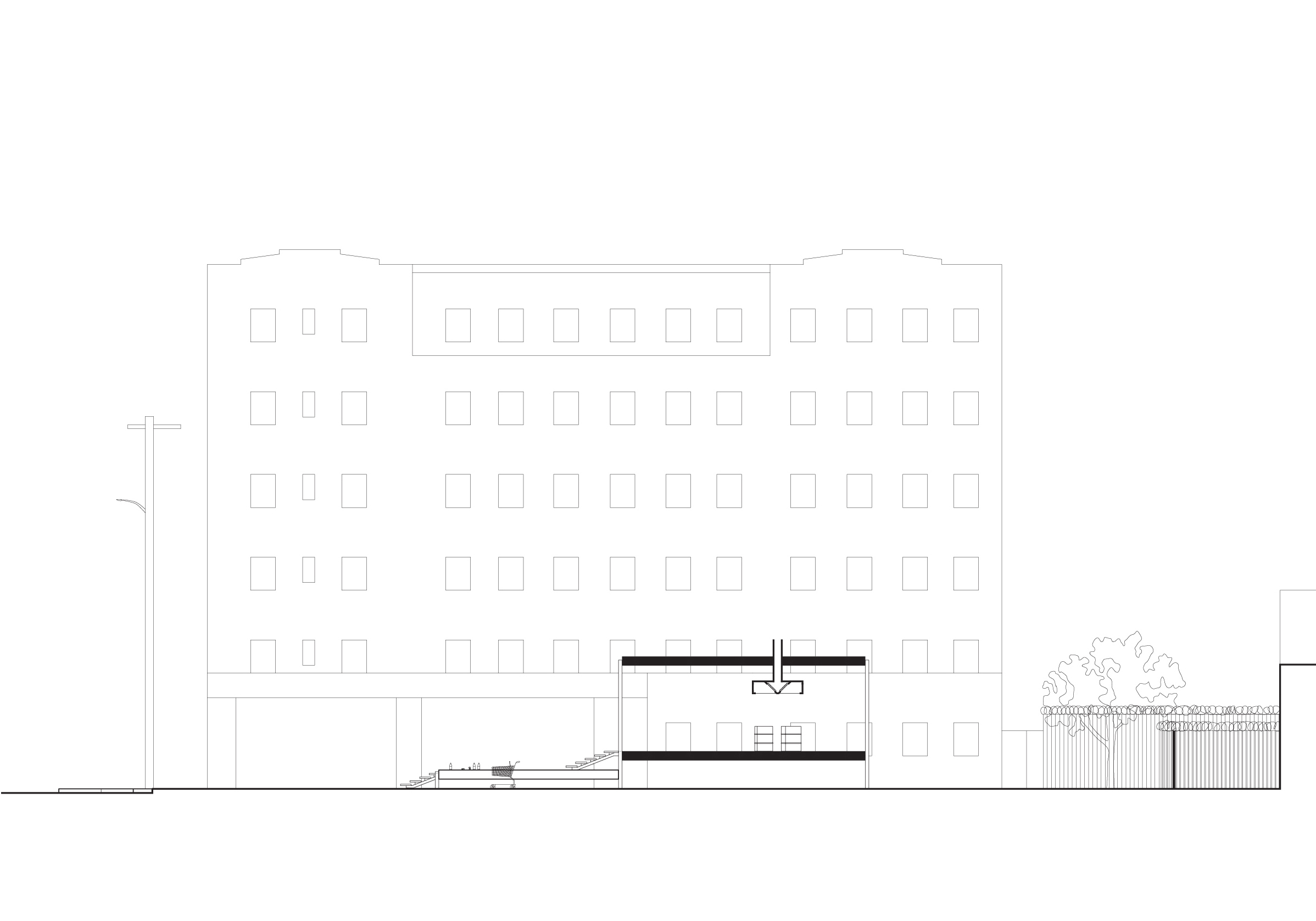 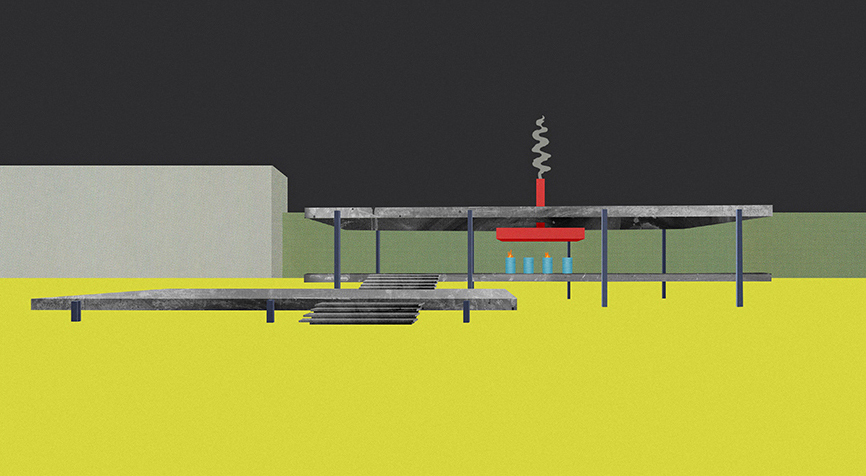 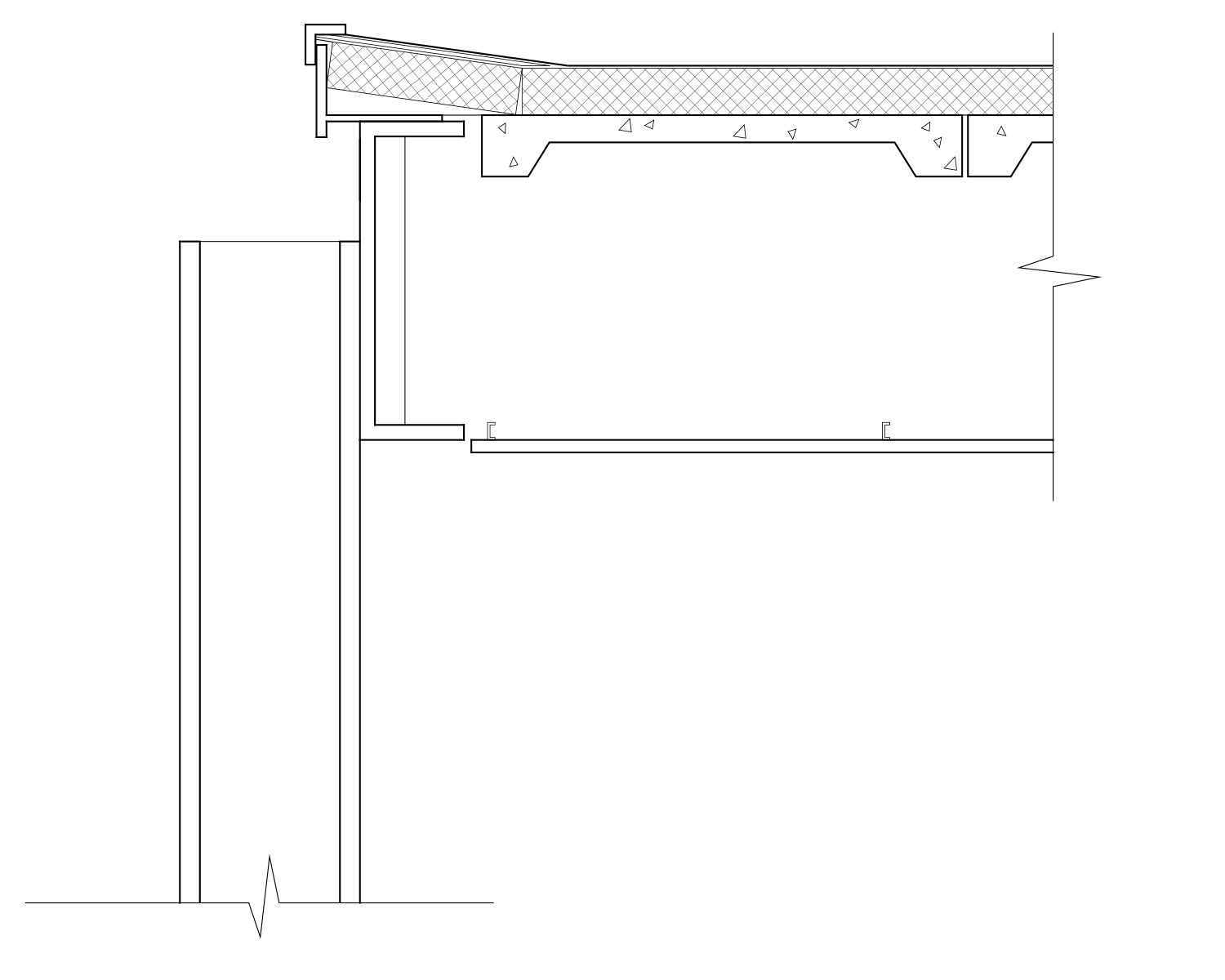 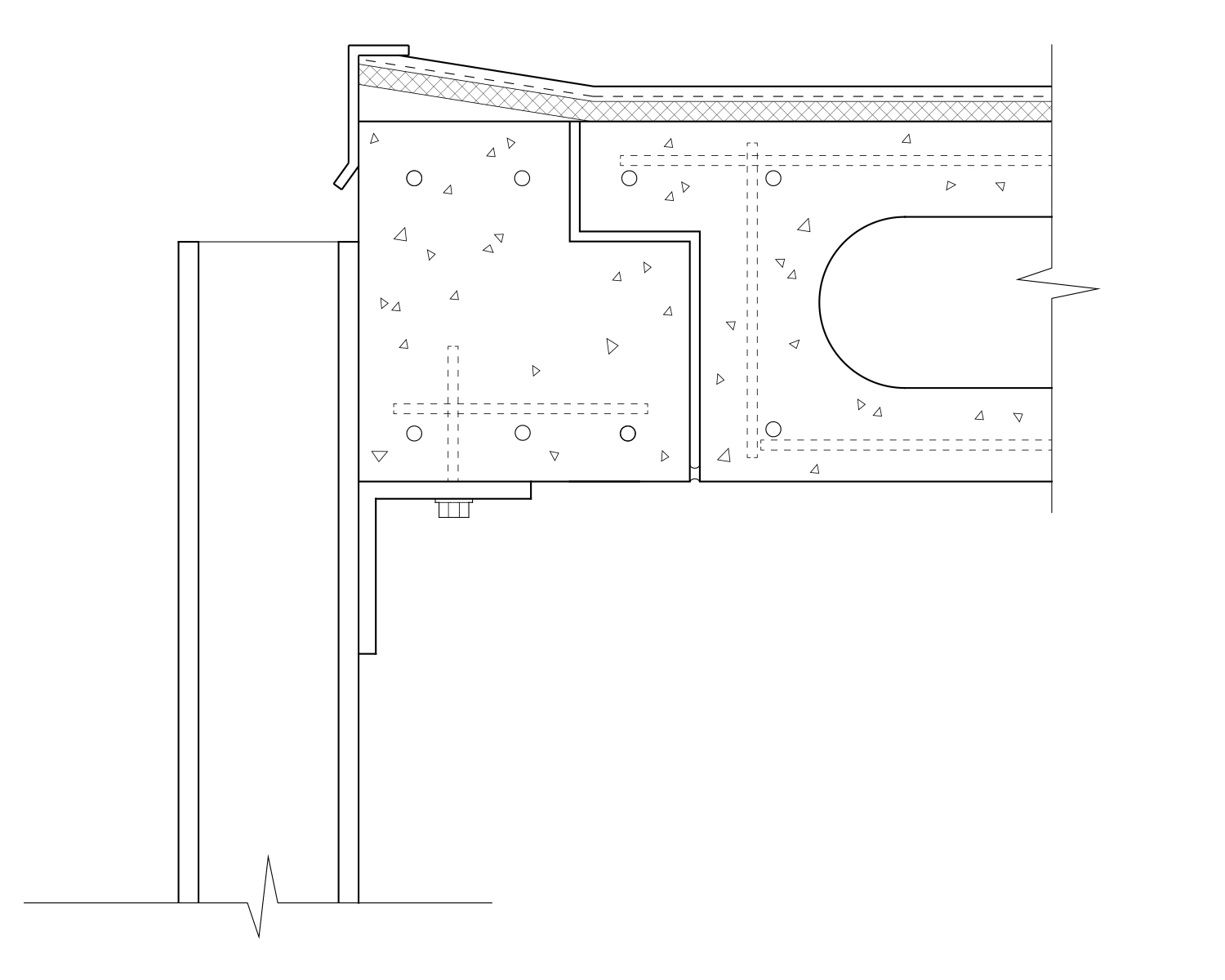